All You Want To Know About Us 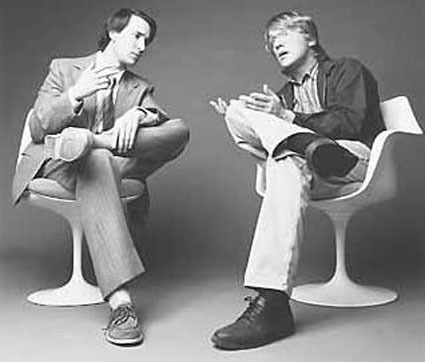 Started back in 1992 by two enterprising (then) young men, who recognised a. Australian’s love of footy tipping competitions and b. How computers could make this much less of a task for the organisers. It was from this that the first ‘pre even floppy disks’ version of Footy Tipping Software was created for the IBM S/36 and AS400 computers.

While not quite the same people, we like to imagine that the founders of Footy Tipping software looked something like this image on the left, when the foundations were being laid for the next two and a half decades of working with organisations to get their tipping competition(s) back to being quick, easy, fun and successful.